Find & book your hotel
When you want to be our guest?
Explore Bikaner
Description
About the Destination - Bikaner
General Information

Bikaner, the walled city on the Rajasthan border is famous for its forts, palaces, temples, fairs and festivals, arts and crafts, folk music and wildlife. A large number of tourists visit this impressive and captivating city to explore its beauty and timeless charm as evident in various monuments.
Bikaner dating back to 1488 AD was established by the Rajput prince Rao Bika ji, a descendent of the founder of Jodhpur, Rao Jodha ji. Bika ji selected this barren land called "Jungladesh" and shaped it into an impressive city, called Bikaner. As per archaeological records civilizations flourished in this region much before the Harappan period. The city wraps layers of history and interesting anecdotes within its narrow streets lines with havelis and palaces.

View this property on Google Map

of jewellery, handicraft and handlooms – can be organised at Dungar Niwas courtyard for the convenience of large groups who wish to purchase authentic products and witness artists at work 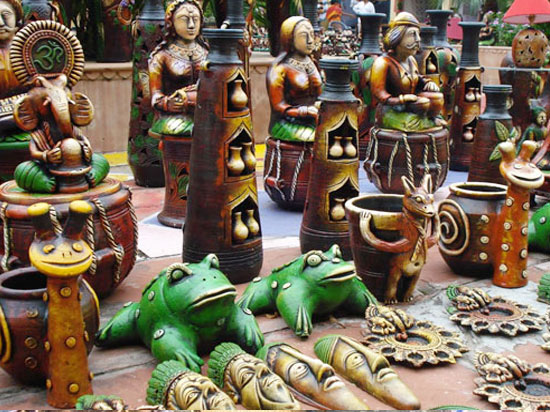 Discover the rich cultural and eco-heritage of Bikaner as you visit:

Raja Rai Singh built this formidable fort in the late 16th century. Resplendent in marble and red sandstone, the fort has an extensive wall with 37 bastions and two entrances. Entered through the Karan Pol, the interiors of the fort unfold Rajput palatial spaces such as the Anoop Mahal with its gold leaf painting, Chandra Mahal or the moon palace, Phool Mahal or the flower palace with mirror inlay work, Har Mandir as the royal place of prayers, Ganga Niwas and Rang Mahal or palace of pleasure, The Durbar Hall, Gaj Mandir and the Sheesh Mahal or mirror chamber. 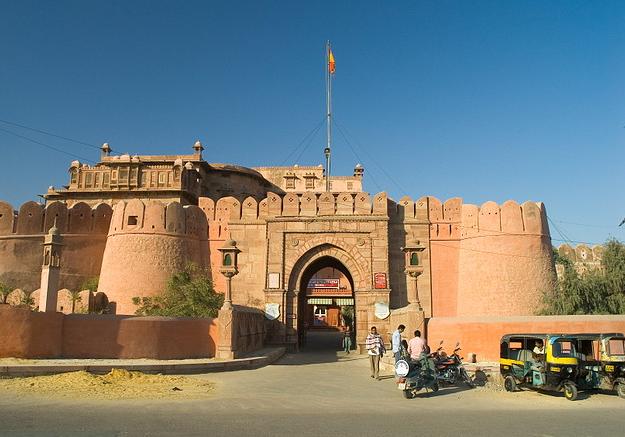 This Indo Saracenic architectural beauty can be credited to Samual Swinton Jacob, the British engineer who was commissioned by Maharaja Ganga Singh of Bikaner to build the Lallgarh Palace in 1898.

The museum has one of the most exclusive artifacts collection of Rajasthan with unique terracotta ware, weapons, litho prints, miniature paintings of Bikaner school, coins pieces of Harappan civilisation, Gupta and Kushan era as well as sculptures of the late classical time. Managed by the Government of Rajasthan, the museum is currently located in a new building in the Civil Lines.

Established as later as 2000, the Prachina Museum is an initiative of the royal family of Bikaner to present the cultural heritage of the place. It showcases the long lost courtly traditions and glorious lifestyle of the Bikaner royalty in a realistic manner. Essentially a craft museum, the Prachina Museum creates a platform for local artists to showcase their traditional crafts that have been an integral part of the splendid Bikaner culture.
The gallery of costumes at the Prachina Museum showcases the remnants of a glorious era when clothes were designed for individuals with respect to their social status, personal tastes and personality. Also on display are European wine glasses, cut glass decorative objects, cutlery and crockery used in the regal kitchen, perfumes, ethnic carpets, unique jali rugs and delicately carved period wooden furniture.

Located in the Jorbeer area at a distance of about 10 km from Bikaner city, this breeding farm for desert camels was established on 5th July 1984.
An elite herd of Bikaneri, Jaisalmeri and Kachchhi breed of camels has been developed and maintained at the Centre. Scientists of the Centre were successful in finding out the genetic variation within and between camel breeds using molecular markers. The technique of embryo transfer has been used successfully in producing two camel calves at the Centre. The Centre has also generated useful information on the double humped camel found in the Nobra Valley of Laddakh region.
The Centre has been identified as one of the important tourist places of Bikaner and is included in the tourist map of Rajasthan. The Centre remains open on all days from 2.30 pm to 5.30 pm for visitors. 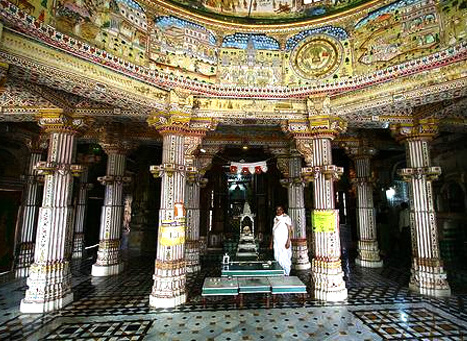 Spread over 6000 acres, the forest reserve of Gajner transformed into a famous shooting reserve for sandgrouse with the building of the Palace next to the Gajner Lake by Ganga Singh of Bikaner. The royalty identified the surrounding forest and the lake as hunting grounds and this hunting resort was soon transformed into a Palace Complex. Besides its panoramic landscape and architectural beauty, the Palace Complex also has remains of a historic railway station. This hunting resort of the Bikaner royalty was connected to their Palace in Bikaner by a Railway line in 1922 and also marked the beginning of the Bikaner – Sutlej canal project showing regional development initiatives of the Maharaja of Bikaner. 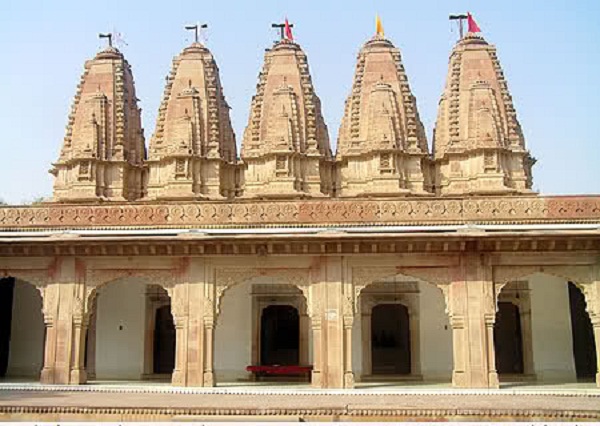