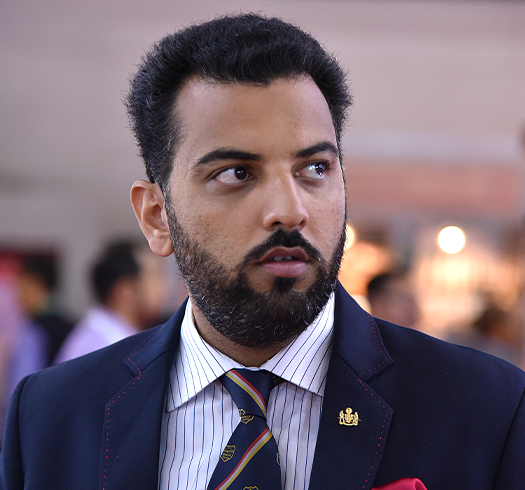 He remains committed to building communities, improving the lives of ordinary people, and facilitating the task of nation-building. His belief in working for greatest good of the greatest number stands firm. He has exhibited these rare human qualities which define his identity as a young Indian in service of a self-reliant and resilient India.

Today, at age 37, he has positively impacted, influenced the lives of lakhs of people through philanthropic activities. As President of Maharana Pratap Smarak Samiti, Udaipur, a landmark organisation established by his grandfather Maharana Bhagwat Singh Mewar, he is upholding ancient legacies and values. He is setting an example for young and aspirational Indians to be independent and respecting India’s heritage.

Demonstrating respect and admiration for the Indian Armed Forces, Maharaj Kumar Sahib Lakshyaraj Singh Ji Mewar of Udaipur, during the second wave of Covid-19, donated an ambulance to Indian Army stationed at Eklingji Cantonment, Udaipur on 22nd May 2021. With the support of the Superintendent of Police, Udaipur, he initiated the drive to provide food and cereals for the underprivileged and strays.

Being part of the Udaipur District Cricket Association since 2007 he has tirelessly promoted and patronised the sport and budding cricketers. In 2010, for the first time after six decades, Rajasthan won the Ranji Trophy tournament under a collective leadership of which he was an integral part. As the chairperson of the UDCA since 2015, he has ensured better facilities for players, coaches and ground staff with the objective of making the sport flourish. We need to grow at every stage, not just go through life, he said.

Maharaj Kumar Sahib Lakshyaraj Singh Ji Mewar of Udaipur has been bestowed with six Guinness World Records. Twice in 2019 for the Vastra Daan campaign, a state and nation-wide campaign for collection of clothes for recycling and donation. Vastra Daan campaign began as a localised initiative collecting old clothes for the underprivileged. It became a donation drive across India and several countries, with a tally of over 329250 clothes on March 9th, 2019. The campaign reached out to over 120 schools, 15 colleges and around 30 NGOs during the campaign period. Donations came in from 12 countries including Australia, USA, Oman, Sri Lanka and UAE.

The third record was set in 2020 when ‘Go Green’ initiative called “Vriksh Hi Jeevan Abhiyaan” was launched. It witnessed the greatest number of people potting plants simultaneously at Udaipur. 4035 saplings were potted in less than 1 minute, setting a new world record. 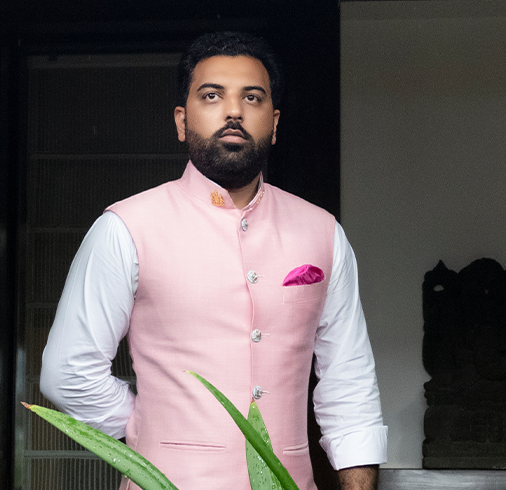 The 4th Guinness World Record was set when the greatest number of personal hygiene products were donated in one hour on 25th January 2021.

In July 2019 Maharaj Kumar Sahib Lakshyaraj Singh Ji Mewar of Udaipur was awarded the 7th Bharat Gaurav Award at UK House of Commons at Parliament in London for being a source of inspiration to the youth of the Nation. Over the years he has been facilitated by FHRAI, received MICE awards, National Tourism Awards and commemorative awards for the extensive philanthropic work that he undertakes.

During the nationwide lockdown, Maharaj Kumar Sahib Lakshyaraj Singh Ji Mewar of Udaipur took the initiative of arranging supply of hygienic packed food grains to be distributed amongst the rural areas adjoining Udaipur from where daily wage workers come. Also, sanitizers and masks were distributed.

Maharaj Kumar Sahib Lakshyaraj Singh Ji Mewar of Udaipur has been felicitated as one of the Covid Warriors organized by Bhamla Foundation at Raj Bhawan, Mumbai by the His Excellency Governor of Maharashtra, Shri Bhagat Singh Koshyari on 04th November 2020 and also felicitated by His Excellency Shri Kalraj Mishra, Governor of Rajasthan on 15th January 2021, in recognition of his philanthropic initiatives including three Guinness World Records and social services support during the covid pandemic.

On 27th January 2022, Maharaj Kumar Sahib Lakshyaraj Singh Ji Mewar of Udaipur was inducted in the Advisory Board to the Honourable Governor of Rajasthan, His Excellency Shri Kalraj Mishra.

A free-spirited traveller, a scientific sadhu, a rational philosopher who dreams of a world without boundaries making chaotically creative energy.